Some raunched up dub that you may have never heard.  First we have a remix of J. Rabbit’s “Sexy Party”, first part of the song is similar to the original but then the tempo is raised and hell breaks loose.  Second is a newbie.  Good looks on the dub.

If I get some camera time I’m going to be so so happy! Ultra the movie, how genius now we get to rave in the theatres. 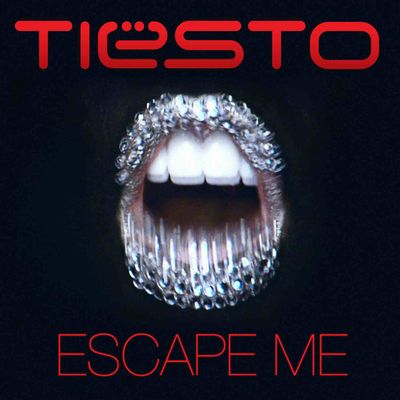 Nothing new to report this morning, but as you may have noticed I’ve been on Tiesto’s nuts lately. It may be because of that set, may be because his new stuff hit me in a way I didn’t think possible.  For the most part I’ve just been coming up on everything I like to listen to during the day, his stuff always puts me in that good mood. Check out his recent release “Escape Me” as well as the Avicii remix. Tiesto plays today in North Carolina, for all those North Carolinans out there, you guys rule… 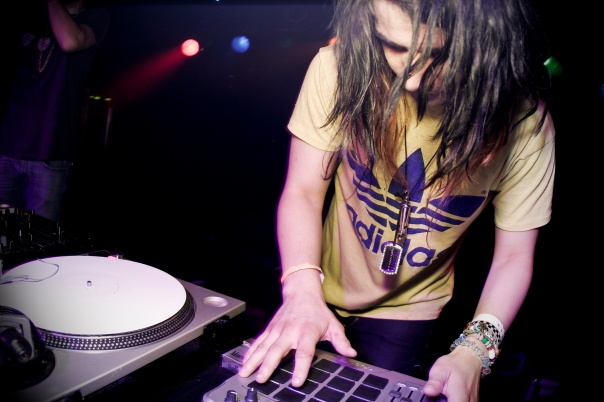 Damn, we’re blowin’ up! Numbers are getting up there and I want to thank all the friends and followers we’ve had since the beginning as well as the newbies.  Another unbelievable set I was lucky to see Ultra weekend was Skrillex.  Unlike most of the people in Miami, I decided to go and see them Thursday night before the main event began.  Their show was unreal, and being right up against the stage, it couldn’t get much better.  Here’s a new song they premiered at the festival, “Equinox”.  Also performing that night was Datsik, Porter Robinson, 12th Planet, and Zed’s Dead. What a night. New link on the left, follow us on Twitter and enjoy the bangers!

This has gotta be a quickie, but deserves some attention.  Tiesto and Mark Knight teaming up in their new release “Beautiful World”.  While Chris Brown has got some electro in his new beat “Beautiful People”  who did some work with Benny Benassi, my favorite DJ this month. The regular song is great, the Disco Fries Remix is better, including a stronger bassline for those who like the whobble.

Rapping Up Her Soft Side

“Love is like art, heart broken on the canvas.” Young Money’s Tyga has it going for him the beat, style, and lyrics.  His new single “Reminded” will be released on his new mixtape Black Thoughts 2, available April 12th. The majority of house music revolves around the central theme of love, while hip-hop is generally geared toward weed, fame, and money.  These new songs capture some deep thoughts by both artists while providing some catchy tunage.  This is a reminder, be a lover not a fighter.  Unless you fuck with any of my boys, haha peace!

Lesson number one I take back from Ultra, always do it right. The scene was perfect.  Not like I ever did it wrong. Afrojack in his new single, “Doing it Right”, you sir are quite the talent.

To sum up the experiences of my weekend in some kind of nutshell, Ultra Music Festival exceeded my expectations by miles and miles of rediculousness.  Impressive to say the least, given that my expectations for this weekend were higher than Cheech and Chong after superblunt madness.  Had I been lucky enough to see each individual performance I probably would have melted, but given that I had to pick and choose each day, I think I did quite a job on my body and my brain with the sets, the people, and the partying.  I can still hear the ringing of my ears which is my final souvenier from Miami, yet I couldnt be one of those tools wearing ear plugs during anyone’s set, that’s an insult.  First off, I was shocked to see how many artists played or dabbled with dubstep.  Dubstep was a part of Benassi’s, Laidback Luke’s, and even Deadmau5’s sets.  Rusko was completely insane and deserves a spot on the main stage next year.  To make this more efficient given my body needs an unsurmountable amount of rest, I will give you a top 10 sets with some description as well as a little present at the bottom, can you imagine if there were some live sets on deck?

1) DJ Tiesto – This guy did nothing less than put his DJ dick into each and everyones ears at Ultra.  He played with the crowd with music and a lightshow that could have caused seizures in half the crowd.  He played new songs, classics, and some of the best hits of this year.  If I could choose to relive any moent during the weekend it would have been Friday night, he was truly amazing.

2) Armin Van Buren – There’s gotta be a reason that he’s the number 1 DJ in the world.  Lucky for me I saw Armin twice.  His Saturday set after Kaskade was unreal and his set in his state of trance tent was min-blowing, literally.  I was in the middle of a crowd of at least 4000 people dancing their faces away.  He was excellent with the crowd and killed it with his love for house.

3) David Guetta – What a performer.  Saturday night, as promised, Guetta brought out Flo Rida, Afrojack (who is always wasted on stage), Will. I. Am. and Sidney Sampson.  Guetta’s light show was also incredible.  He remixed “When Love Takes Over” and Afrojack’s “Turn It Up”, and people went wild.  He also played both tunes “On the Dancefloor” and “I Wanna Go Crazy” with Will. I. Am,

4) Rusko – I’ve never seen a DJ moving so quickly.  He is always either dancing on stage or talking to the crowd.  Almost like he chased his Red Bull with a shot of adrenaline and some love drug.  He played his new single “Everday” and a bunch of other shit that I was too busy dancing too to even concentrate.

5)Benny Benassi – Not only did he show the crowd “Cinema”, playing the Skrillex Remix as expected but this guy played dubstep, what a joker.  He had a string of two or three dubstep songs where the whole crowd blew up!

6) Laidback Luke – Same as above, played “Till Tonight”, “Turbulence”, and “Timebomb”.  Also dabbled into the dubstep later in the set.  I may even be able to get you that, read on.

7) Afrojack – For some reason everyone was surprised with Afrojack’s set.  I thought it was standard Afrojack, he came out drunk, excited the crowd, babbled some words, and played his tunes while keeping everyone dancing.

8) Kaskade – White balloons and dance music, turned everyone that was partying into playing a volleyball match.  Half the people were dancing, half the people were playing with 1000 balloons, and one Asian dicided it was smart to take all of his clothes of and start running around.  He ran from security.

9)Avicci – Avicci made an effort so everyone was able to see him. He played all 3 days and each day was amazing.  I saw his set on the Main Stage where he showed off his new release “Penguin” as well as ending with a little Pendulum.  Regardless, this young talent captured everyone’s attention at ULTRA.

10) Dada Life – Lucky for me Armin was playing right next to Dada Life or else I would have totally forgot to go to this stage.  Dada Life played their new release “White Noise, Red Meat”.  They had a smaller venue at the festival, meaning that everyone poured inside the tent leaving no room for air.  Their were people dancing on stages and throughout the set they had inflatables and champagne being thrown around the crowd.

I’d like to give a shout out to Witte, Charles, Lukauske, Weider, Rich, Jasper and crew, Kay and Tash, Gruss and Nuss, Jules and crew, and anyone else that helped make my Ultra experience more than amazing.  Send me those videos and pics so I can show the world!

Present:  Here You Go, some but not all the great sets.  I will do my best to retrieve the other good ones. I encourage you to download these, as I hope they give you the same pleasure I got/still get when listening. Click Song Name to Download, have fun!

Dubstep Today – A Little Bit of Everything Bonus

Ey, about to pack my bags. Just wanted to give a little love before I take my first break from the site.  Ultra will be beginning tomorrow, and in essence it feels like it is right now.  I’m just getting mentally prepared for it when a Lil Wayne tracks gets leaked from the upcoming Carter IV.  I dont know the music gods are playing tricks with my head.  My brain is my bitch.  Bout to do some crazy, much love.

Bonus: Here’s to my weekend, Wiz has got it all down. 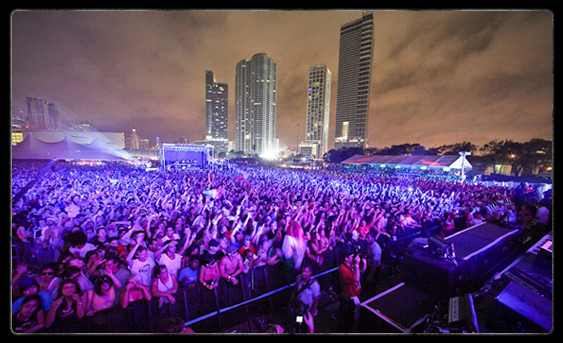 It’s the day before I leave to Miami and it feels like Christmas Eve. Never celebrated it, but I can only imagine how anticipatory it may be. My mind is totally fixated on the music like a little boy’s mind would be on a new Hot Wheels Remote Control Car or Charlie Sheen’s may be with doing lines with Santa before and after every balcony fall. In preparation for the wonderous day that even Santa couldn’t even leave under our trees, I put together a little playlist of the songs I cannot wait to hear throughout the three day span I am there.  Here’s my TOP 15 Playlist for the 1000s of songs I’m about to live in the upcoming days. Click song to download!